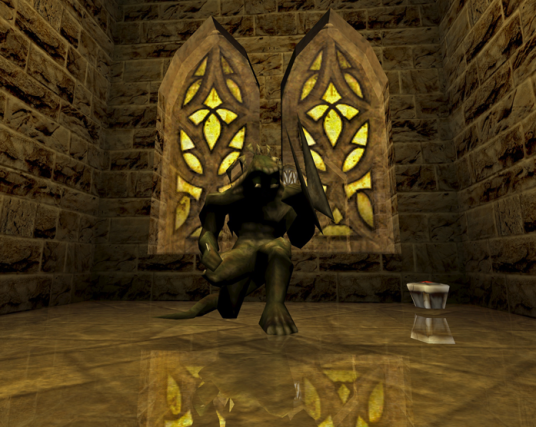 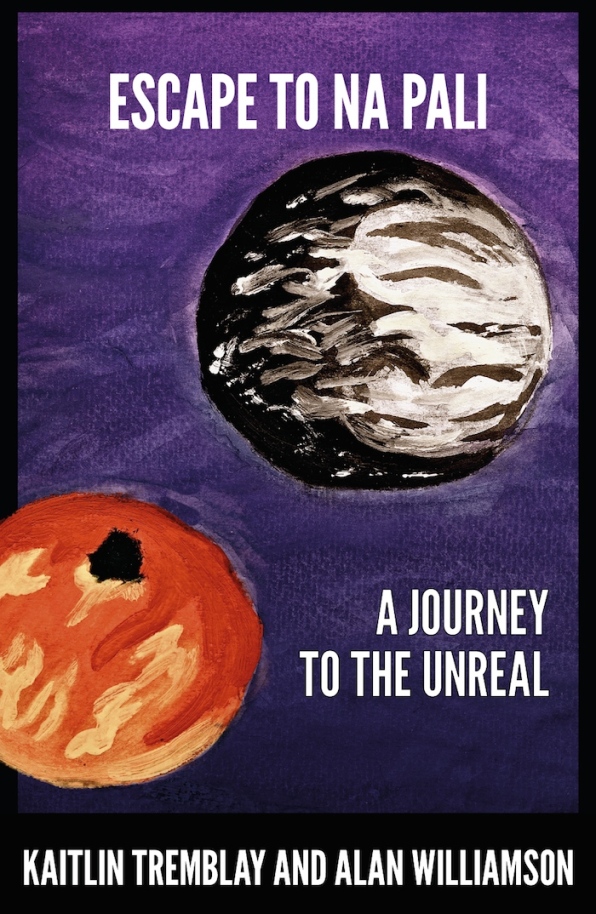 For those of you who know, my book on Unreal, called Escape to Na Pali: A Journey to the Unreal, co-written with Alan Williamson, was released today. The book contains a shorter form of the following introduction. As a way to announce the book, I thought I would post my extended introduction here. Thanks for reading, and you can buy a purchase a digital copy of the book over at Five Out Of Ten. Thanks, folks ❤

I was ten when Unreal originally came out. And to this day, I will never forget how engrossed I became with the world, even with Garbage’s Version 2.0 album playing in my headphones. I still remember the first time I got to Gateway to Na Pali, a level where you walk over rickety looking bridges in outer space. Outer space. I looked down in the game, saw the vast expanse of the Na Pali galaxy, and … got vertigo and almost fainted, and was ill for the next few hours.

But it was incredible.

Unreal was an entirely new experience for me. Growing in a family of all brothers (and all the boys on their respective baseball teams basically acting like brothers), I rarely spent time playing games alone. Between my own baseball games with my teammates, and board games and videogames with all my brothers, I didn’t even know what it was like to have a solo adventure through a videogame until Unreal.

And while I had played Quake and Final Fantasy VII, a lot of it was just playing what my brothers handed down to me (a product of being the youngest sibling, and not of my gender, but that’s just because my brothers never treated me any differently from each other). Those were games he had bought and I had watched him play, and then that I took up afterwards. But not Unreal. Unreal was mine, and Na Pali, the planet that serves as the setting for Unreal, was my own world to traverse and explore. In fact, the expansion pack, Escape to Na Pali, was the first game I ever bought that wasn’t handed down to me from my numerous older brothers. When I asked him about this, my brother said, “Yeah, I played Unreal. But you took it a whole new level.”

It was an adventure, and truly a journey. It was the first time I remember exploring on my own. It was all new. It was all exciting. Unreal is a game about discovery: you’re a prisoner, Prisoner 849, whose ship has crashed, and you have to try and find your way off this new planet. You can select your character skin from six or so different ones, three men and three women. The one I always played with was named “Gina”. She had dark hair like me and that was all I really needed to be taken with her. And that’s it. Unreal doesn’t need a grander set up or establishing narrative than that, because what makes Unreal so good, even now, is the pacing, and how all the details of the world are slowly given to you, level by level, rather than being dumped on you all in the beginning. The joy of Unreal is that it’s a real journey throughout Na Pali.

Actually, playing Unreal is what, in many ways, solidified my dislike of co-op or multiplayer videogames. When Unreal eventually transitioned into the ever more popular Unreal Tournament, I stopped playing it (I liked Unreal before it was cool, obviously). There is something about exploring a whole new world on your own, at an age where my entire life was changing. I was at the age where people would start picking on me for my appearance and weight, and I was changing social circles and escaping to Unreal was a chance for me to just explore, not just Na Pali, but myself as well. I know that’s a pretty standard narrative, videogames as escapism for a kid who was being bullied, but that doesn’t make the impact of it any less powerful. That’s why, when I discovered Kira Argamenov’s storyline in Unreal, she became the focal point of my attention. (That’s all I’ll say on that for now, you can read more about it in the book. As River Song would say, “Spoilers”.)

So replaying Unreal with Alan replaying it alongside me was a new experience for me. We were both rediscovering a world we had fallen in love with at a young age. But this time around, we were rediscovering it together. And let me tell you: who you take with you on that journey matters. You can’t take a vacation with just anyone, right?

Luckily for me, Alan met all my enthusiasm in kind (and often times exceeding it), and so replaying Unreal and writing this book was like introducing a new friend to an old friend and watching them get along spectacularly.

I’ve always wanted to be a writer. I would write fantasy stories as a kid and then make my entire family read them. My first “novel” was a story called Mark of the Dragon, and it was Dungeons and Dragons fan fiction. I always hoped I’d eventually write a book. But I never thought I’d write a book about videogames, let alone my personal, all-time favourite videogame. I fell sideways into working in videogames, so it only makes sense that I fell sideways into writing this book. And I never thought I’d have this much fun writing a book. Writing it was almost as much fun as replaying Unreal, and revisiting worlds, and maps, and castles, that I hadn’t visited for sixteen years.

So how did it all start? I pitched an article idea to Alan for Five out of Ten, and mentioned Unreal in it. Alan messaged back and said “Bloody hell, I haven’t thought about Unreal in the ages.” (You have to imagine that in Alan’s Irish accent, it’s so much better, trust me.) Then we sought the soundtrack out on YouTube. Then we talked about our favourite levels. Then we bought it on Steam. And then, that’s when Alan said: “So, I read your Five out of Ten pitch, and I don’t think you should talk about Unreal in it. But that’s only because I think we should write a book about it.”

When Alan asked me to write a book on Unreal, I thought he was joking. I laughed, and thought “that would make every single of 10-year-old Kait’s dreams come true.” But he wasn’t joking. Then when he told me we could write it in three months, I laughed even harder. I work in book publishing: three months for a book is ridiculous. It was ridiculous. But it was the best three months, filled with many jokes, anxious emails, deadlines, spreadsheets, Skype calls, anxiety-calming puppy pictures, and lots and lots of talk about videogames. But we did it. And I hope you all enjoy reading it as much as I enjoyed writing it. Alan is a remarkable editor and writer, and a dear friend, and getting to know him over the process of writing this book has been just as wonderful as writing the book.

One thought on “Escape to Na Pali: A Journey to the Unreal book release!”